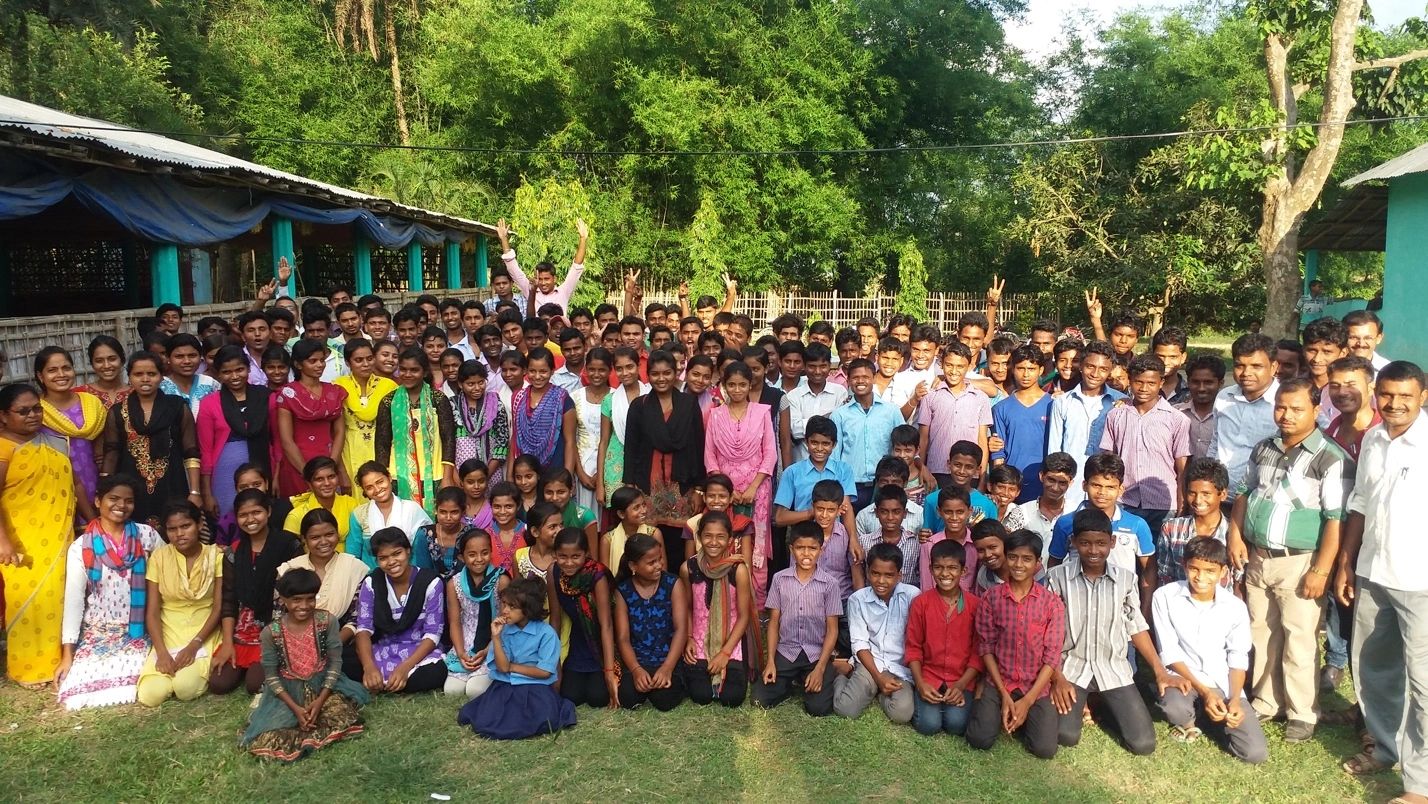 Loved of God and Empowered to live for Him!

Known as the "Heartland of Backwardness", Bihar is home to over 100,000,000 people. The average lifespan is around 53 years, and the per capita income per person each year is around $67 USD. It is both "first" and "last" in India; first in poverty rates (40%) and last in literacy rates (63.82%). The first Google search result for the state reveals a series of articles on a recent school "topper" scam, where parents paid money for their children to receive higher grades and exam results. And out of the entire population, less than 1% are a part of a Christian church, or know the love of Jesus.

It is with this in mind that the New India Evangelistic Association joined with volunteers from the Beyond Borders, Bangalore team to organize a Vacation Bible School for children in three different areas of Katihar and Purnia districts. Students were given the opportunity to receive clothing, food, play games, and learn about the message of God’s love. Almost 400 children came out to enjoy the first VBS event in the Katihar district.

From there, NIEA and the Beyond Borders team moved to the Purnia district, where they hosted their second VBS with the theme "Unstoppable". Like the Katihar VBS, this one was held over the course of three days. And even though the first day was filled with rain, almost 320 children came out to enjoy the fun.

Their days were split up between two sessions: a morning one for children 4-12, and an afternoon one for the youths 13 and older. Both groups were treated to VBS classes where they learned Bible stories and lessons from Scripture. They also had time for playing games, drawing pictures, learning activity songs, and watching skits. Throughout all of the lessons, the same message was emphasized: if God is with you, you have nothing to be afraid of.

For one meeting, the session leader, George Ebenezer, spoke about what it means to be hungry for the Lord. Other leaders shared their testimonies with the students, and led them in small group times where they were able to lift the children up in prayer and counsel them. At the end of the VBS, there were many children who accepted Jesus into their hearts.


The final VBS was held in the Purnia district. The lessons here were based on Psalm 18:29, which also followed the theme of "Unstoppable". Each day, the NIEA and Beyond Borders teachers and volunteers focused on a different aspect of God: His power, His promise, and His passionate love. Around 350 children were able to take part in this program, even children as young as four years old.

At each of these events, children's needs were met spiritually as well as physically. Food and medication were provided for over 1,000 children, and for many, the VBS served as a time of encouragement and strengthening in their faith.

"Uncle George has shared his testimony that has influenced my life… [I have] decided to grow and read the Bible daily. Now I am attending church regularly [and] praying regularly. Please pray for me."
–Ashok, Student at Bindhtola VBS

The New India Evangelistic Association has made an impact in other areas of Bihar as well. Through medical care, Bible training, church planting, Scripture translation, and children's ministries like Vacation Bible School, they stay true to their motto: "Serving the neediest in society, being innovative, and facilitating transformation."